equipped with onboard GPS and a 3-axis (pitch, roll, yaw) gimbal which houses a still/video camera capable of Ultra High Definition photographs (4K), as well as Ultra High Definition video (4K) at up to 30 frames per second.  Both systems have the integrated DJI Lightbridge™, which allows a live 720p HD view from a range of up to 3.1 miles. In addition, both systems have multiple safety features built in such as the Vision Positioning System that allow onboard sensors to aid the GPS not only in positioning the aircraft (Phantom 3 Professional), but also in an active sense regarding obstacle avoidance (Phantom 4).  These systems, when used in conjunction with the DJI GO App, allow the user to fly via manual control (assisted by GPS or fully manual) and can be sent to a specific location by simply tapping a location on the screen.

Although nearly identical in stature, the Phantom 3 offers 23 minutes of flight time on a single battery while the Phantom 4 has been upgraded to a slightly larger battery allowing for 28 minutes of flight time.  They have a maximum speed of 45 MPH and can fly in sustained winds of 30 MPH.  These systems prove to be very efficient and can be launched within minutes of arriving at a location.  These aircraft have a vertical take-off and landing (VTOL) capability which make them ideal for marine environment deployments (i.e. from a boat) and areas where fix-winged aircraft cannot land or take-off.  These systems are primarily utilized for aerial reconnaissance before performing an actual mission but all of the included onboard sensors can be utilized in the collection of photogrammetry data. The units are lightweight, weighing approximately 3 pounds including the full payload of battery and camera.  The Phantoms are capable of fully automated but can be flown manually at a moment’s notice by the remote pilot in command.  Mission planning and ground control software allows the remote pilot to quickly create a mission (in the field or office), modify while in operation, repeat missions, and monitor flights in real time. The stabilized camera allows for the collection of high resolution aerial imagery.  High resolution aerial photographs captured by the camera can be transformed into extremely accurate 2D orthomosaics and 3D models (DEM) once processed.  Chustz Surveying, LLC. purchased the Phantom 3 Professional in 2015 and the Phantom 4 in 2016. Both systems have performed a multitude of reconnaissance missions and have performed flawlessly in support of our larger fleet.

Chustz Surveying was granted a Section 333 exemption (#11285) by the Federal Aviation Administration (FAA) to conduct aerial mapping and surveying applications on April 6, 2015.  This exemption allows Chustz Surveying, LLC to legally operate all of its Unmanned Aircraft Systems at or below 200 feet above ground level in a commercial manner. 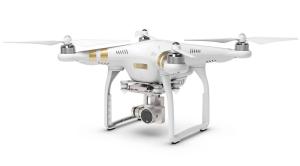 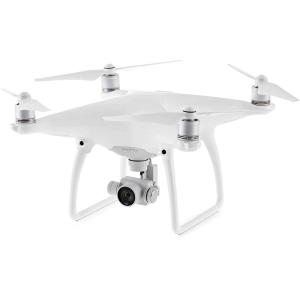